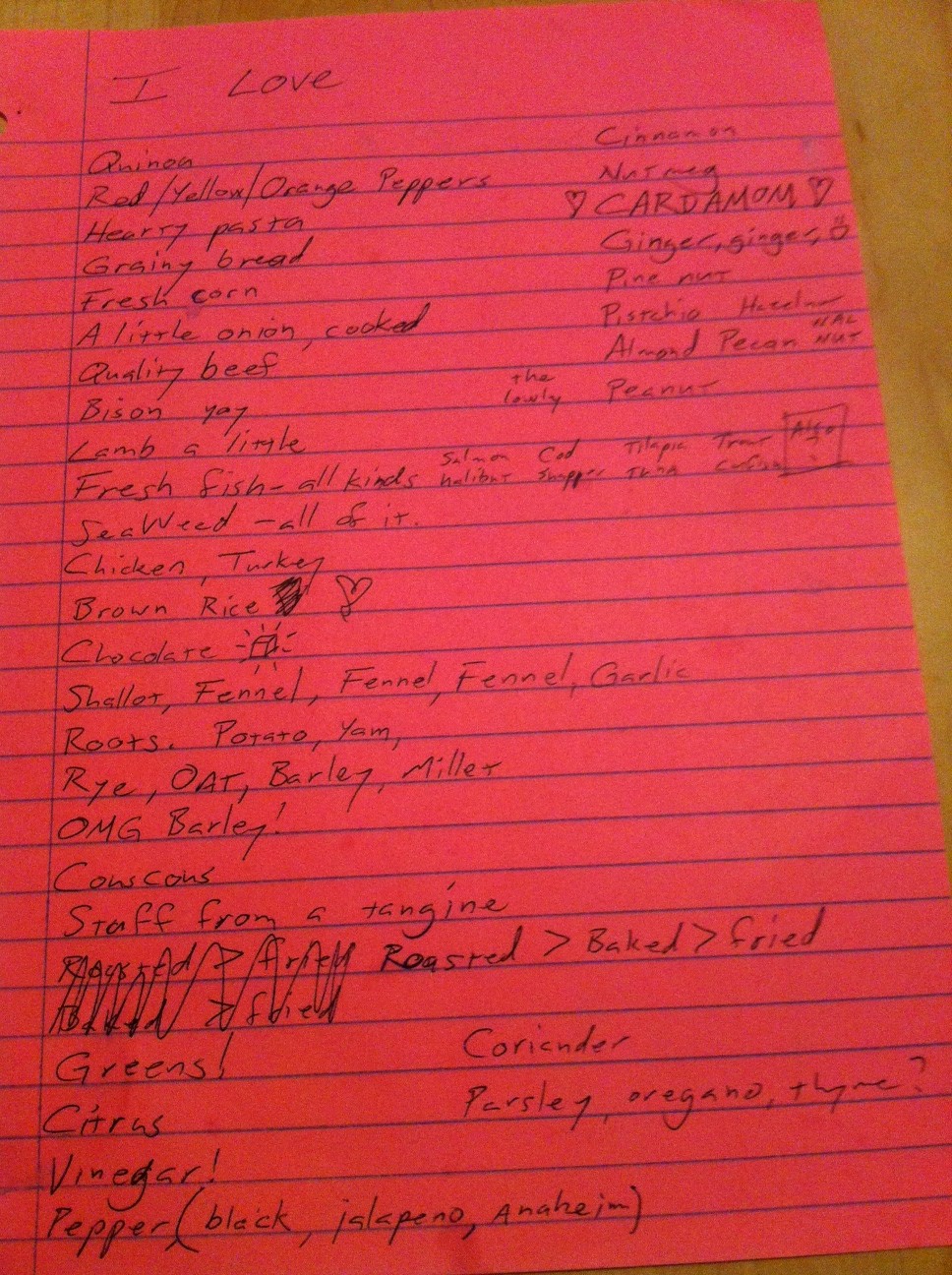 It would be super easy to take the cheap way out and write a post about a reluctant meal-planning husband who better enjoy anything I put in front of him. It would be easy, but that would not be accurate. I engage my husband to meal plan with me because I like his input and it is a task I think is fun. He does not think it is fun though. I think he is intimidated by it.

This past weekend as I was preparing brunch I told him to think of meal ideas because we were planning when we were done eating.Â  We ate and I pulled out my paper to schedule the week. He stood up from the table and harried himself with random activities for 15 minutes avoiding what I wanted to do. We then had words and he escaped to do other stuff and finally 40 minutes later we were back on the subject. I can’t be mad at him though. Meal planning does not come natural to him.

I was not the nicest person about the situation and had to step back and check myself when we were 20 minutes into the process. In our 6 years I have bought him cookbooks and asked him to mark interesting looking recipes. When I was pregnant he pushed himself to learn a few go-to dishes knowing he would have to cook sometime during my pregnancy and then his fatherhood. I know he loves food but yet there is some disconnect between knowing you like some things and planning a week’s worth of meals. Then it hit me. Start small. Start with what he knows.

In lieu of meal planning I asked him to have fun making a list of food he likes. He made this: **note, on the back it reads Maple Syrup (grade A) and honey – I think it was a knock at some less expensive grade B syrup I picked up last month

The great thing about this list is that it is not complete, it opened up a dialogue about our dietary habits which went well. I now know he prefers roasted > baked > fried as well as “stuff from a tangine” even though we have never had anything directly from a tangine.

I simply feel like I have the biggest victory in including him in our dietary planning (even a few days later).Â  It satisfies my ego that he appreciates what planning I do and it makes him an accountability partner in putting the most nutritive and delicious foods we can in our bodies.Â  The latter is what I most wanted.